Building a CSR Program that Prioritizes the Community

With Submittable, MiiR centralizes its grantmaking and community marketing to save time and make a deeper impact.

Based in Seattle, MiiR makes premium stainless steel vessels for coffee, water, bar, and food. The company was founded in 2010 and built around a social impact mission. Every MiiR product sold helps fund giving projects, and by registering the “Give Code” on the bottom of their product, customers gain visibility into some of the work MiiR funds.

Using Submittable, MiiR actively supports organizations working at the intersection of people and environment. They do this through strategic, trust-based grants to nonprofits. They also sponsor events, provide in-kind donations, and connect with community leaders.

As a generosity-driven company, we are constantly working hard to understand how accessible and equitable our grantmaking program is in action. Submittable has helped us further those goals by providing tools that remove as many barriers as possible for nonprofit organizations; for us, this means collecting updates and streamlining our processes to be as intuitive as possible. 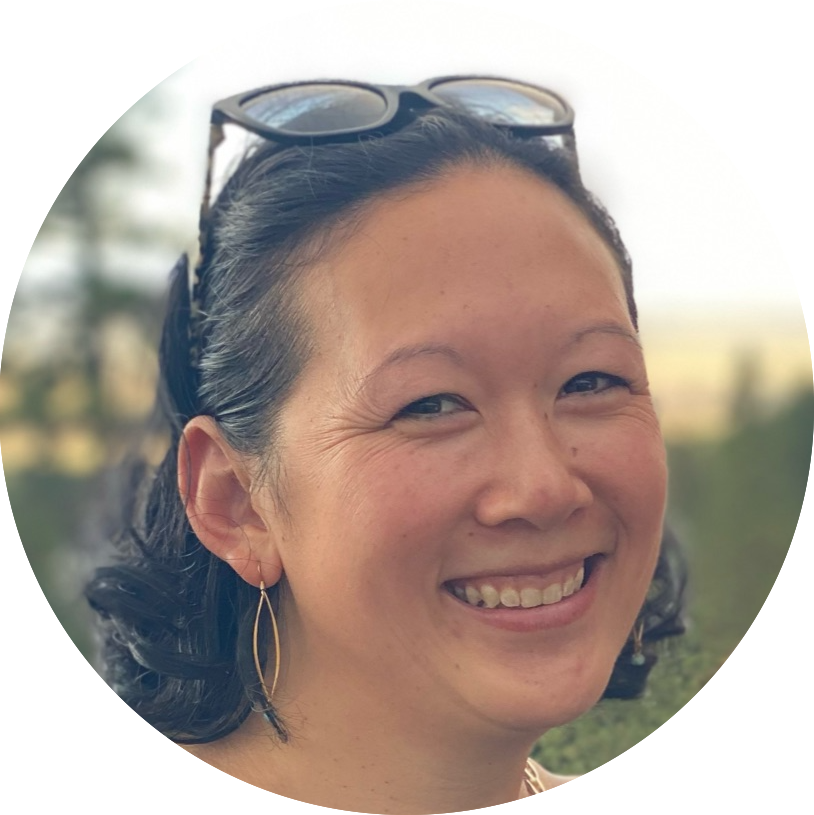 SVP of Impact and People, MiiR

Finding a solution that could keep up

With well-designed products and a purposeful mission, MiiR was set up for incredible growth right from the start. Before finding Submittable, they had a piecemeal approach to their grantmaking and community marketing. However as they scaled, the team realized that the tools they’d been using were not cutting it.

“Other than maybe a really great Google sheet—probably more like 10 Google sheets with different pieces of information, all living in different places—we didn’t have the information we needed at our fingertips,” Tiffany Ong, MiiR’s SVP of Impact and People, says. “We couldn’t answer questions like, ‘What are our KPIs and what is the total amount we've been giving? How much product have we donated since inception?’”

In 2019, the team reached a pivotal moment. They recognized their current system was slowing them down, so they began to look for a new solution. The team wanted a platform that would align with their mission, streamline processes, and give them the tools to track program results.

"Since its inception, MiiR has always been a design-forward, generosity-driven company and like any startup, you try different things, you're working as hard and fast as you can,” Ong says “In 2019, MiiR was growing. I remember talking with our Director of Impact at that time, Charlie Clark, about ways to collect, organize, and share information.”

As they reached out to vendors, Submittable stood out from the pack. “My understanding is that Charlie interviewed a few vendors but that Submittable was a clear front runner given their experience working with such a wide breadth of social impact clients and the fact that Submittable did a great job keeping the nonprofit partner’s experience centered in user experience.”

Putting a stop to the chase

Without a centralized platform, the MiiR team found themselves chasing down information from individual emails or drives. But with Submittable, everyone on the team can access the information they need all in one place. This makes it easy to collect data and track programs.

“Before Submittable, we did not have a great way to track and manage our data related to our nonprofit and community marketing partnerships,” Ong says. “For a company growing as quickly as MiiR, we needed a better way to collect, track, manage, and share information.”

Not only has the switch to Submittable simplified the workflow for the MiiR team, it’s also made things easier for nonprofits and community members interested in partnership. Previously, inquiries that came in would be passed around several times before reaching the right person. But now, when someone reaches out with a question, they’re connected directly to the team member who can provide an answer. 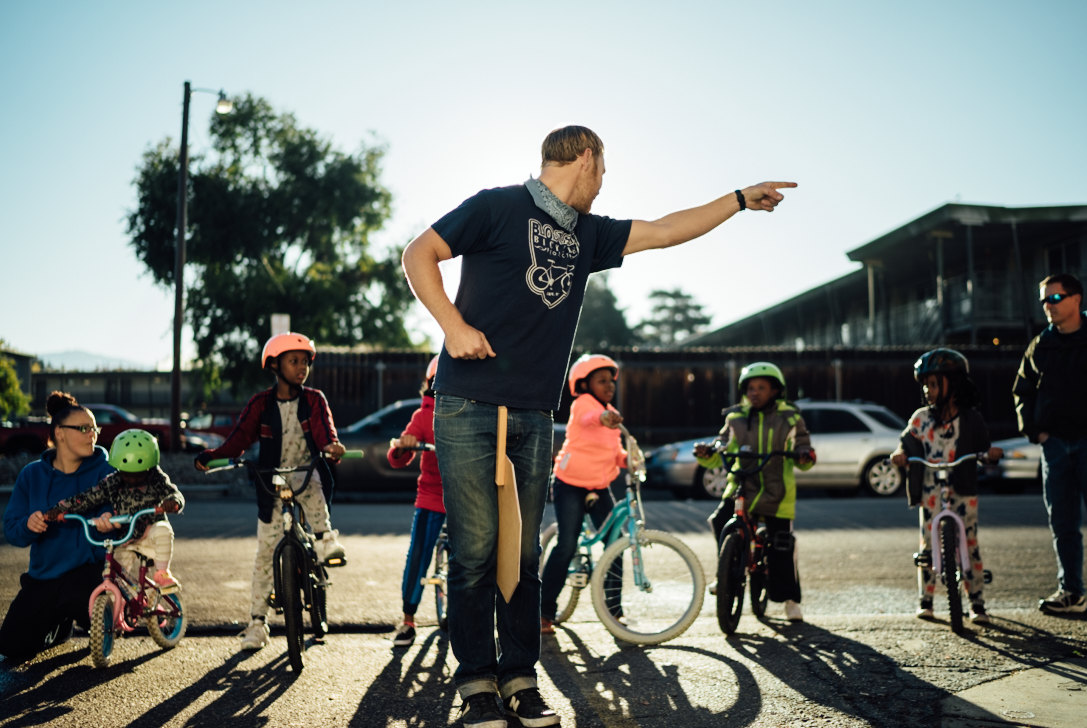 MiiR teams up with nonprofit partners such as the Boise Bicycle Project to support community programs.

“As a generosity-driven company, we are constantly working hard to understand how accessible and equitable our grantmaking program is in action,” Ong says.

In particular, the MiiR team wants to minimize the burden on grantees by making the application process as simple and streamlined as possible. “Submittable has helped us further those goals by providing tools that remove as many barriers as possible for nonprofit organizations; for us, this means collecting updates and streamlining our processes to be as intuitive as possible.”

“We really wanted to build a giving program that was accessible and equitable," Ong says. "That sounds very noble but it can be a little harder to put into action.” The team found that Submittable was an incredible tool. It simplified the experience for applicants and centralized the process for MiiR staff so that each person could access the information they needed. This prevented the grant lifecycle from falling on one or two people. Instead it could truly be a team effort.

Saving time to do more

Using Submittable prevents the MiiR team from being perpetually stuck in administrative tasks. Instead they are able to take a step back and examine their processes on a macro level. This enables them to refine their philosophies and practices, and helps them stay mission aligned.

“With the support of Submittable, Devon, our Giving & Sustainability Manager, is able to split her time more equally between our giving initiatives and our sustainability initiatives.”

Across the application lifecycle, Submittable has saved 100 hours of staff time. This allows the team to show up for the community in new ways.

Alongside the grant programs, MiiR leverages Submittable to support their community marketing. This includes collaborating with community leaders and influencers as well as building partnerships with brands that share a common vision such as Patagonia, Brooks, and Olukai. These relationships have helped establish MiiR as a leader in the industry and give them a wide network of allies to support their ongoing work.

More than a platform

Finding the right software was about more than just the tech, it was also about choosing a partner with a similar philosophy of empowering communities and making meaningful change.

“Social Impact is such a unique space to look for like-minded people doing similar work who are asking themselves very similar questions,” Ong says. “And I felt like Submittable did a great job.”

Like MiiR, Submittable is looking to help shape the wider conversation in the sphere of social impact. This includes producing thought leadership content around topics like the grantee experience, how to reduce bias, and the latest trends in philanthropy, just to name a few.

Some of Ong’s favorites? ‘Redistributing Power in Philanthropy’ and ‘Designing Agile and Equitable Granting Systems’.

“I’ve really enjoyed the carefully curated content that Submittable has been offering! I have listened to a handful of the webinars and found them to be really great information that is relevant to the work that I do.”

Already Submittable has saved the MiiR team a lot of time and resources. But with the intense pace of the last year, they haven’t had the chance to implement big changes. Looking forward, they hope to leverage the platform in even more ways.

“Admittedly, I don’t think we have had a chance to truly unleash the powers of Submittable,” Ong says. “We pivoted so much in 2020 and worked through some team changes at MiiR that we are eager to start maximizing and automating more of our processes in Submittable moving forward.”

hours saved across the application lifecycle

worth of MiiR products donated to small businesses in 2020

Forging an efficient path to social and economic justice

Instating a uniform application and review process for their grants and educational programs allows Capital Impact Partners to make more equitable decisions, faster—helping them reach further than ever before.