Dubbed the “good news storytellers for the environment,” the Alberta Emerald Foundation (AEF) works to showcase environmental excellence and innovation in hopes of inspiring others to take action in the form of awards and grants. But it found that collecting applications for the Emerald Awards, an annual environmental awards program, and its Youth Environmental Engagement Grant, was made difficult by crashing software, slow downloads, and an unfair system that placed some at a disadvantage.

What I’ve really come to appreciate is the customer service. In the past, I was the person fielding support questions from applicants...it was stressful and time-consuming. (Submittable support is) such a relief. 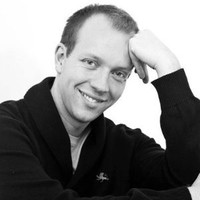 Since 1992, the Canadian organization’s flagship program, the Emerald Awards, has recognized more than 800 finalists and 300 recipients from more than 120 Albertan communities for their creative thinking and innovation in environmental management systems, technologies, and education programs. AEF also offers youth grants aimed at educating and empowering Alberta’s next generation.

But with only two full-time staffers, as well as an ever-increasing programming and public interest in the organization, efficiency was key and AEF’s previous database tool wasn’t up to the task. Outages and service issues were common, especially near deadlines when an influx of last-minute applications would cause the system to crash—right when their team had to rely on it most.

“We needed software that would be trustworthy for us, and also user-friendly for the people engaging with our foundation,” Gregory Caswell, AEF’s Interim Executive Director, says. “Because ultimately, if a system isn’t working for people, they don’t blame the system, they look to you. We needed something to represent us well.”

A helping hand through stability and customer support

With Submittable, AEF achieved that much-needed stability, with the confidence that if there was an issue, a responsive support team was there to help.

“What I’ve really come to appreciate is the customer service,” Gregory said. “In the past, I was the person fielding support questions. I’d literally be five minutes ahead of the people I’m trying to help; it was stressful and time-consuming.”

Now, Gregory knows he can point applicants with technical questions to Submittable’s team. Across the board, applicants reported back that support was “friendly and helpful, and their issue was resolved quickly.”

“That’s such a relief for me because I have so many other things I should be worrying about,” he added.

Evening the playing field for applicants

Another benefit of Submittable for AEF is the software’s ability to accept all types of content—not just text-based applications. “We’re meant to be recognizing environmental excellence, not the ability to write, so it’s wonderful to be able to provide multiple application options, like video,” Gregory said. “It evens out the playing field.”

AEF operates almost exclusively through contributions of time and talent from committed volunteers, from board and committee members, to those individuals who judge the Emerald Awards nominations each year. It’s important, Gregory notes, to make every volunteer experience a positive one.

For the Emerald Awards, a panel of about a dozen knowledgeable third-party judges with cross-sectoral experience narrow down nominees to a maximum of three in each of the 12 Emerald Awards categories. Then, one in each category is selected as the recipient.

Before Submittable, AEF’s process involved downloading application PDFs and putting them in a shared Google Drive folder. There were ongoing issues with files, as well as judges not being able to access materials properly.

“When we showed Submittable to our judges, they were so excited they applauded,” Gregory said.

Now, with full application materials, judge’s review notes, and attachments in one platform, it’s easier for everyone, including Gregory, who says the software has cut down his administrative workload considerably. “I would highly recommend Submittable to anyone who needs an application management system. We love it.”